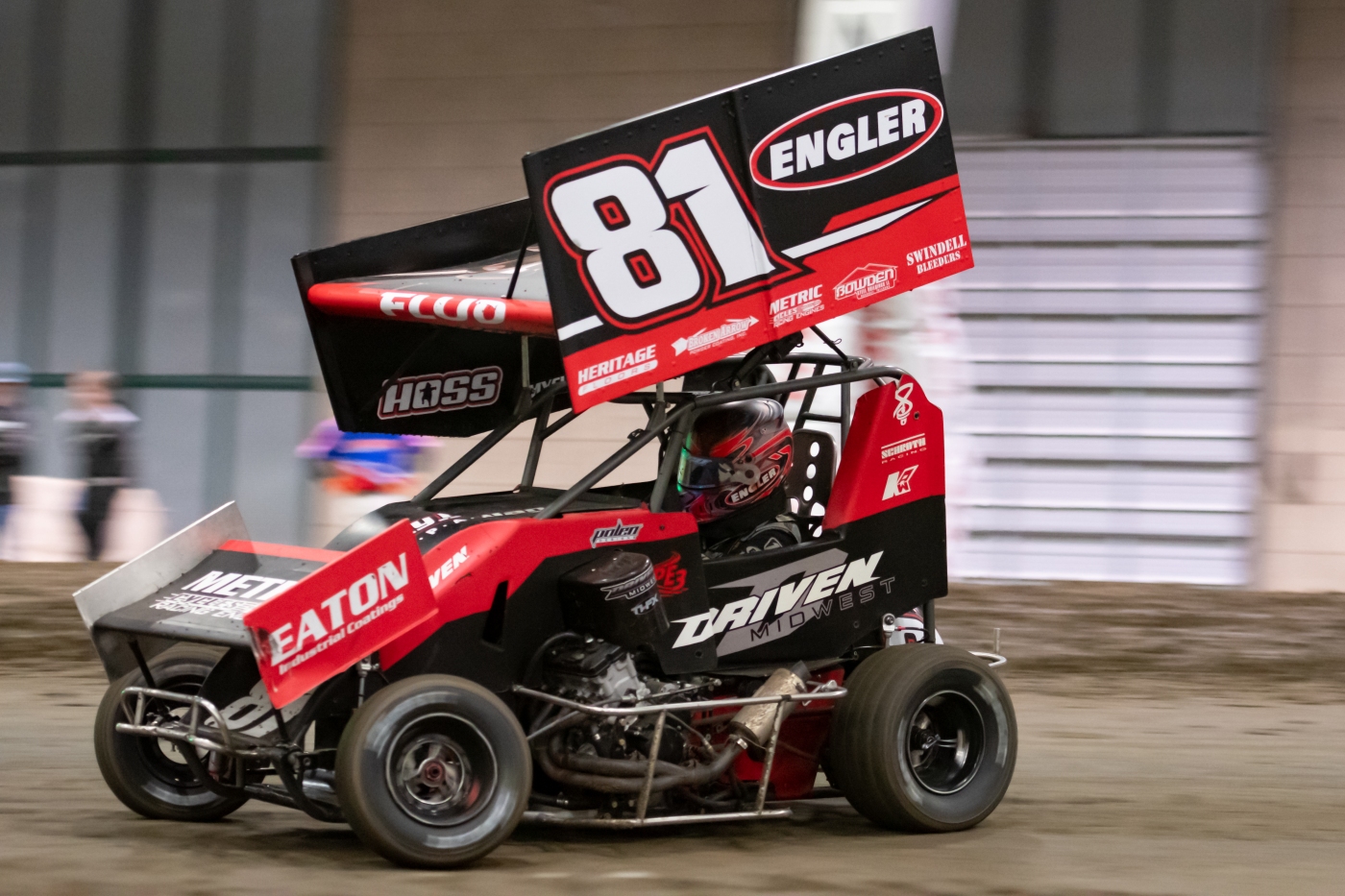 TULSA, OKLA. (January 1, 2020) – Amid the talk of town in Tulsa on Tuesday as teams settled into the comfy confines of the Tulsa Expo Square was the wellness of four-time Tulsa Shootout champion Frank Flud.

As the annual scoping of competition played out in the building on move-in day Tuesday, much of the talk centered around Frank Flud. A normal occurrence, Flud has established himself over the last decade and especially the last five years as one of micro sprint racing’s greatest drivers, and has earned the right to be considered a heavy favorite in each class at the Tulsa Shootout every year.

However, this time around the concern wasn’t about how to beat Flud and his potent Driven Midwest No. 81, it was about if he would even be able to compete at all. While working in the shop in preparation for the this race, a drill bit slipped and pierced Flud’s middle and ring fingers, gnawing away at the bones and sending him to surgery; throwing a massive curveball into the 2020 Tulsa Shootout equation.

As of now, the plan is to race on; Flud will pilot the No. 81 in all four sets of Stock Non-Wing, Outlaw Non-Wing, A-Class and Winged Outlaw practice today inside the Expo.

Come worst-case scenario, Flud is prepared to step out of the car and protect his long-term health. In that situation, Jonathan Beason of Broken Arrow, Okla, a two-time Tulsa Shootout champion and close friend of Flud’s, is expected to take the wheel of the No. 81 in the Stock Non-Wing and A-Class divisions if need be.

In the grand scheme of things, if we’ve learned anything over the past half decade, it’s you never count out Frank Flud, no matter the situation. His tenacious and tough attitude behind the wheel has supplanted him as one of the best for a reason, and if anyone can push through the pain and still find a way to climb the mountain top, it’s Flud.

More information will be released as the day progresses and Flud takes to the track for the first time.