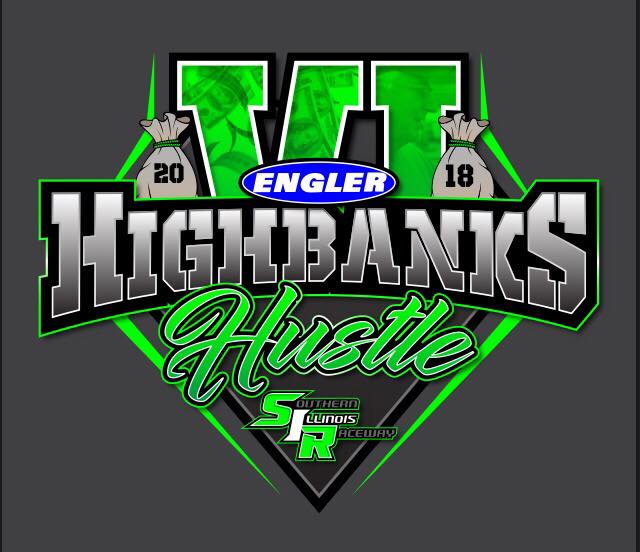 Marion, IL | February 6, 2018 – As an event that has risen to national prominence since the debut in 2013, the High Banks Hustle has quickly established itself as the biggest outdoor micro sprint race in the country. Held at the thrilling Southern Illinois Raceway 1/8th mile in Marion, Illinois, the club is set to host the sixth edition of the High Banks Hustle this June, with this being the second year of boasting a staggering $10,000/Win, $500/Start payout. Scheduled for competition from June 14th-16th, SIR will look to continue their record setting ways with the Hustle as they look to expand their growing car count for the sixth straight year with entry counts rising beyond 130+.

“As I have said in previous years, I sit back in awe at what the racers have made the High Banks Hustle,” said club president, Jake Palmisano. “They’ve bought into what we are doing and helped make this THE show of the summer. On top of all that, the great partners that come on board to help make it happen have been huge. That includes everyone from the sponsors all the way to the volunteers that help us put on the event.”

Storming onto the national stage in 2011, SIR played host to the inaugural running of the Mike Phillips “The 66” Memorial. A wildly popular event, the initial race was won by then 16-year old Christopher Bell after he outlasted Trent Beckinger in a thrilling bout for a victory worth $10,000. The following year in 2012, “The 66” returned to Marion for a second edition. Sweeping the weekend by winning his heat race, qualifier, prelim feature, dash and main event, Oklahoma micro sprint legend, Chris Andrews, scored a popular $10,000 triumph. However, in 2013, the race was relocated to another track and Southern Illinois Raceway was left on the outside looking in. After that, the High Banks Hustle was created, and the rest is history.

“Kurt and I put this thing together five years ago and we were just trying to fill a void,” claimed Palmisano, looking back on the start of the HBH. “We had seen what the track could host and we knew it was an amazing little bullring capable of some of the best racing you’ll ever see, but 130 cars, never had I dreamed of that. This will be our second year at $10,000/Win, $500/Start, so it will be fun to see where 2018 takes us as we start looking at the next step to differentiate the race once more.”

Debuting in July of 2013, the High Banks Hustle kicked off with a bang as 15-year old Indiana native, Cale Thomas, won a $5,000 event over a 63-car field and topped veterans Nathan Benson, Andrew Peters and Scott Sawyer. In 2014, California’s Jake Hagopian won an intense battle over Frank Flud and Joe B. Miller as he took the $5,000 loot back to the “Golden State” over a growing 76-car field.

Expanding to $7,500/Win in 2015, the event saw massive growth as 121 racers came to Marion for a weekend that saw plenty of challenges from Mother Nature. After running two complete shows on Saturday, it was Blue Mound native keeping the win in the state of Illinois for the first time in race history. Welcoming a 126-entry class in 2016, Oklahoma’s Frank Flud claimed the $7,500 score over Joe B. Miller as Flud capped off a three-year run of 3rd, 2nd, and 1st place finishes.

Taking a huge step in 2017, SIR announced that the High Banks Hustle would expand to a $10,000/Win event, making it the highest-paying micro sprint race in the world that year. The most popular running in event history with 132 entries, fans were treated to a wild finale as Frank Galusha stole the $10,000 prize after Frank Flud and Craig Ronk concluded a race-long battle with an unfortunate last-lap incident.

Heading into 2018, the High Banks Hustle will look to continue their growth for the sixth straight year, as they have seen consecutive car counts of 63-78-121-126-132. With massive car counts filling up the pit area, a fan following creating standing-room only crowds, and worldwide viewership with a PPV broadcast from FastFourMedia.com, the event is healthier and stronger than ever. With another astounding $10,000/Win, $500/Start payout on hand, racers and fans from all over are expected to pour into Marion, Illinois on June 14th-16th to witness yet another exciting edition of the High Banks Hustle!

“Stepping back and looking at both events, we at SIR really have to give a huge tip of the hat to all of our volunteers, all of our sponsors, all of the fans, and all of the racers for believing in us and helping us make the Hustle and Sprague happen,” stated Palmisano.

Along with expanding their growth on the track, in the pits and in the stands, the High Banks Hustle will continue to hold a prominent online presence. Combining a live broadcast pay-per-view from www.FastFourMedia.com and social media updates with results, lineups, points, and more from Walkapedia, the race will remain as enjoyable as ever for the casual fan stuck at home.