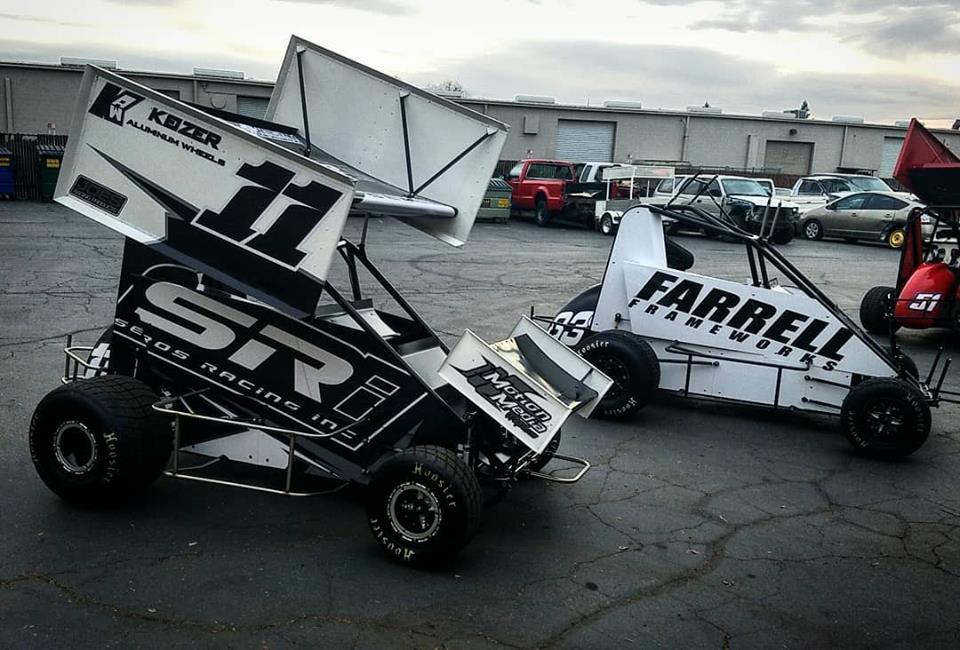 Tulsa, OK | December 26, 2017 – After breaking through for his first Tulsa Shootout start one year ago, Chance Crum has made the long haul back to Tulsa, Oklahoma for another appearance at the micro sprint extravaganza. A weekly favorite at Deming Speedway in Washington, Crum has become a strong challenger at the annual $10,000/Win Clay Cup Nationals, along with several special events down in California. Taking on a quadruple duty slate for the first time, Crum will have his hands full as he juggles competition in the Winged Outlaw, Outlaw Non-Wing, Stock Non-Wing and A-Class divisions. Outside of driving his own Farrell Frameworks No. 83C in the stock and Outlaw Non-Wing classes, Crum has been tabbed to pilot the Seros Racing, Inc. No. 11C in the headlining Winged Outlaw division.

“I don’t have high expectations, but I do have high hopes,” claimed Crum. “I’ll be driving two really good cars, so I’m going to do my best to get to the front and hopefully have some good Shootout luck on my side. Last year I had the opportunity to start on the pole in Outlaw Non-Wing, but unfortunately in the Winged Outlaw LCQ right before that we got junked and turned out that we didn’t get everything fixed in time. That was a big disappointment, but hopefully I can have another shot at it this year. I’m looking forward to some really fun racing!”

Making his fourth appearance at the Tulsa Shootout, Crum’s week ended in the B-Main in both 2015 and 2016, but the 32nd annual event in 2017 saw a major breakthrough for the No. 83C. After out-dueling USAC’s Tyler Courtney in a slider fest for the heat race win, Crum continued to make gains with a fourth-to-second bid in his qualifier. Performing so well in his preliminary action that he earned high-point honors and claimed the pole for the Outlaw Non-Wing main event.

Working his way through the alphabet soup in the Winged Outlaw division, Crum was on the verge of transferring to the main event when a late-race collision sent him for a tough tumble that included exponential damage. After thrashing to get the car ready for the Outlaw Non-Wing feature, Crum made his way to staging and took the green flag from P1. However, it soon become heartbreakingly clear that not all damage had been repaired, as he quickly fell through the field and left with a misleading 16th-place run.

Teaming up with Russell Seros for a quadruple duty lineup this year, Crum will pilot the Seros Racing, Inc. (SRi) house car in the Winged Outlaw division. Piloting his own Farrell Frameworks No. 83C in the Outlaw Non-Wing class, Crum will also tackle the Stock Non-Wing and A-Class divisions after Seros supplied a stock powerplant for the Washington native.

“Russell is my longtime engine builder, in fact the only one I’ve ever used in 600’s,” noted Crum. “I have a great relationship with him and have had a lot of success with his engines. I can’t thank him enough for everything he’s done for us and especially for this year’s Shootout.”

Beginning on Thursday, December 28th with practice and heat races, the 33rd edition of the Lucas Oil Tulsa Shootout will run through Sunday, December 31st when a new batch of Golden Driller winners are crowned. Walkapedia will continue our Tulsa Shootout coverage all week long with countless previews leading up to the race as we highlight this year’s contenders.